Guiding you toward your most successful endeavors. 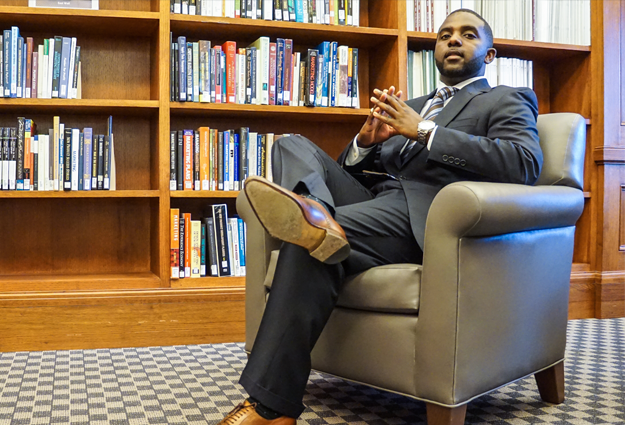 Christopher Douglas-Oguneko has built his entire career on leadership, not the regular leadership which comes with titles and accolades, but rather the unseen leadership which comes from humility and passion for business. An energetic, results-driven healthcare executive, Dr. Douglas-Oguneko leads each new venture with his intense and passionate aptitude for innovation, measured risk-taking, and finding data-driven solutions to consistently improve revenue.

Dr. Douglas-Oguneko began his post-secondary education as a Rice University scholar in Houston, Texas where he earned a dual bachelor’s in health policy and Sports Management. Armed with an undergraduate degree from one of the South’s most recognizable Ivy League schools, Dr. Douglas-Oguneko began his career as a Professional Personal Assistant to the Houston Texans. His goal, from the very beginning, was to be the absolute best. And this position, alongside one of the nation’s most recognized football leagues, was reserved for the best. During his role from 2009 to 2010, he was soon entrusted with the most sensitive and essential duty: the maintenance of all the transactions of the trades, signees, and waivers.

Throughout this time, Dr. Douglas-Oguneko continued his educational pursuits and secured a Master of Education in Sports and Fitness Administration from the University of Houston by December 2010. He was able to do this through funding from the NCAA, as he was one of twelve recipients nationwide, awarded a Minority Scholarship for postgraduate school in a sports related field. Shortly after, he was soon invited to be a professor at San Jacinto College where he taught health classes. He became known around campus as one of the best professors because of his willingness to mentor his students. Even after taking on new roles, Dr. Douglas-Oguneko would continue in his role as professor and mentor until 2014.

Simultaneously, in October 2010, he began his career at Advanced Diagnostics Healthcare in Houston, Texas. This is where his career would take a leap forward as he was promoted twice during his tenure at the organization. His initial role as Practice Administrator saw him managing the daily operations of 85 clinical employees and retained responsibility of a budget totaling $1.2 million. He didn’t disappoint: he soon increased the overall revenue by more than $1.5 million and oversaw the successful execution of various contractual agreements with the Harris County Healthcare Alliance and the Harris County Hospital District, among many. It came as no surprise then that he was soon promoted to Executive Director by September 2012, where he would go on to increase the revenue by an even greater margin.

Revenue was not the only success of Dr. Douglas-Oguneko’s tenure as Executive Director; he was also responsible for engineering and pioneering the Mobile Radiology introduction statewide with long term acute care and federal entity relationships that led to major success in three short years and a multi-million-dollar merger with nationwide competitor. But it is essential to point out that even in the midst of all of his career accomplishments, he continued pursuing his educational goals.

Fueled by his desire to be extraordinary in the field, in May of 2018, Dr. Douglas-Oguneko graduated from the University of Houston with a Doctorate degree in Health Sciences Leadership. His desire to be exceptional in the healthcare industry and in business also led him to the formation of his consulting firm, Essential Business & Consulting, LLC.

As the current Chief Executive Officer and Founder of Essential Business & Consulting, Dr. Douglas-Oguneko has strategically provided indispensable organizational and business development directives for dynamic industries. Thus, he is currently serving as the Chief Executive Officer of Advanced Surgeons and Physicians Network, Inc. overseeing more than thirty practitioners and five out-patient clinics. Dr. Douglas-Oguneko presently resides in Houston, Texas and continues to be a mentor and advisor to many college students and venture founders in the healthcare industries in the Medical Center.

Dr. Douglas-Oguneko enjoys family outings at sporting events and traveling to historical sites. One of his best places to visit is London & Scotland. He is the Board Chairman of Woodwind Estates, PA and a member of American College for Healthcare Executives.

He is most proud of giving back as he was once given to with much guidance and opportunities. He created the Christopher Douglas “Push to Greatness” Scholarship Fund to equip scholars with tools to conquer unforeseen successes at his high school – Ft. Worth All Saints Episcopal.